German photographer/digital artist/photoshop trainer Calvin Hollywood has a rather unique style to his photography. It’s a sort of edgy, gritty, hyper-realistic result, almost a blend between illustration and photography.

As part of one of his courses, he talks about a technique for accentuating details in an image that he calls “Freaky Details”.

In my meandering around different retouching tutorials I came across it a while ago, and wanted to replicate the results in GIMP if possible. There were a couple of problems that I ran into for replicating the exact same workflow:

Those problems have been rectified (and I have more patience these days to figure out what exactly was going on), so let’s see what it takes to replicate this effect in GIMP!

The only extra thing you’ll need to be able to replicate this effect is G’MIC for GIMP.

You don’t technically need G’MIC to make this work, but the process of manually creating a Vivid Light layer is tedious and error-prone in GIMP right now. Also, you won’t have access to G’MIC’s Bilateral Blur for smoothing. And, seriously, it’s G’MIC - you should have it anyway for all the other cool stuff it does!

Here’s the summary of steps we are about to walk through to create this effect in GIMP:

There are just a couple of small things to point out though, so keep reading to be aware of them!

I’m going to walk through each step to make sure it’s clear, but first we need an image to work with!

As usual, I’m off to Flickr Creative Commons to search for a CC licensed image to illustrate this with. I found an awesome portrait taken by the U.S. National Guard/Staff Sergeant Christopher Muncy:

This is a great image to test the effect, and to hopefully bring out the details and gritty-ness of the portrait.

So, duplicate your base image layer (Background in my example).

I will usually name the duplicate layer something descriptive, like “Temp” ;).

Next we’ll just invert the colors on this “Temp” layer.

So right now, we should be looking at this on our canvas:

Now that we’ve got our inverted “Temp” layer, we just need to apply a little blur.

There’s a couple of different ways you could approach this. Calvin Hollywood’s tutorial explicitly calls for a Photoshop Surface Blur. I think part of the reason to use a Surface Blur vs. Gaussian Blur is to cut down on any halos that will occur along edges of high contrast.

There are three main methods of blurring this layer that you could use:

I’ll leave it as an exercise for the reader to try some different methods and choose one they like. (At this point I personally pretty much just always use G’MIC’s Smooth [bilateral] - this produces the best results by far).

For the Gaussian Blurs, I’ve had good luck with radius values around 20% - 30% of an image dimension. As the blur radius increases, you’ll be acting more on larger local contrasts (as opposed to smaller details) and run the risk of halos. So just keep an eye on that.

So, let’s try applying some G’MIC Bilateral Smoothing to the “Temp” layer and see how it looks!

The values you want to fiddle with are the Spatial Variance and Value Variance (25 and 20 respectively in my example). You can see the values I tried for this walkthrough, but I encourage you to experiment a bit on your own as well!

Now we should see our canvas look like this:

Now we need to blend the “Temp” layer with the Background layer using a “Vivid Light” blending mode. Lucky for me, I’m friendly with the G’MIC devs, so I asked nicely, and ﻿David Tschumperlé added this blend mode for me.

So, again we start up G’MIC:

Pay careful attention to the Input/Output portion of the dialog. You’ll want to set the Input Layers to All visibles so it picks up the Temp and Background layers. You’ll also probably want to set the Output to New layer(s).

When it’s done, you’re going to be staring at a very strange looking layer, for sure:

Now all that’s left is to hide the “Temp” layer, and set the new Vivid Light result layer to Overlay layer blending mode…

We’re just about done. Go ahead and hide the “Temp” layer from view (we won’t need it anymore - you could delete it as well if you wanted to).

The results we should be seeing will have enhanced details and contrasts, and should look like this (mouseover to compare the original image):

This technique will emphasize any noise in an image so there may be some masking and selective application required for a good final effect.

The original image used for this article is another great example of one that works well with this technique:

I had muted the colors in this image before applying some Portra-esque color curves to the final result..

Finally, a BIG THANK YOU to David Tschumperlé for taking the time to add a Vivid Light blend mode in G’MIC.

Try the method out and let me know what you think or how it works out for you! And as always, if you found this useful in any way, please share it, pin it, like it, or whatever you kids do these days…

This tutorial was originally published here.

For those looking for a faster/easier way to achieve this effect, it has now been integrated as a filter into G’MIC. (Again, thanks to David Tschumperlé!) 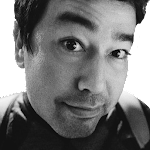